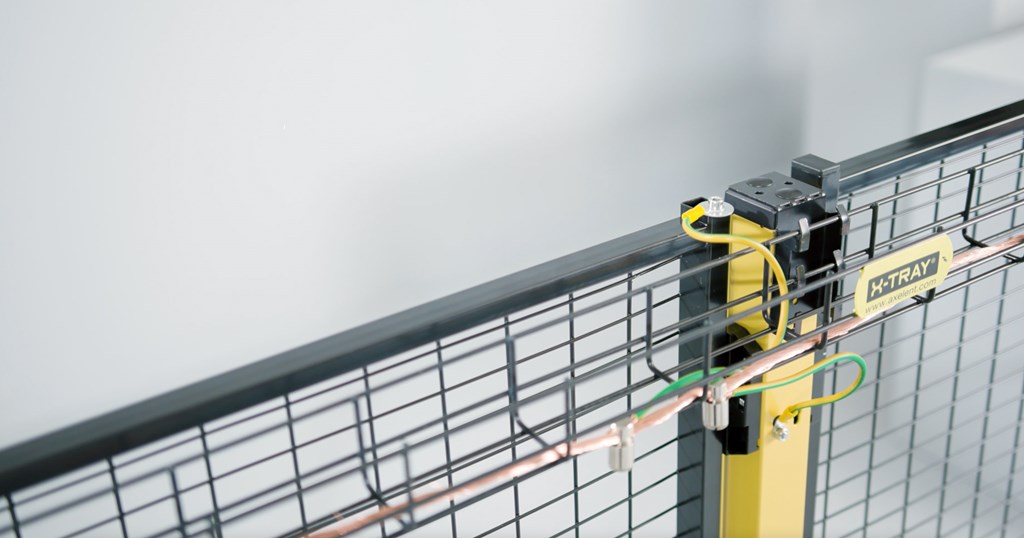 When safety of machinery is concerned, discussions mostly focus on protection from mechanical hazards like crushing and shearing or revolve around safety-related control systems. However, machinery safety also means achieving electrical safety, that is, protection against hazardous electric shock. Is this simply a matter of course? Many machinery system entails a hidden risk potential, in that the guard fencing around the system is not included in the machine's protective bonding system.

For a couple of years now, issues regarding protective bonding or equipotential bonding of guard fencing keep popping up. Many looked forward to the new version of EN (IEC) 60204-1 finally coming up with a definite answer to the question of this being a sensible safety measure or a needless expense. But, unfortunately, even the new standard remains somewhat ambivalent and open to interpretation. What then are the benefits of protective (equipotential) bonding of guard fencing?

First, it does not need to be discussed that metal guard fences are electrically conductive parts. This is true even if they are lacquered or powder-coated; because the coating may be defective, and most guard fences are installed using plain metal fasteners. If a part is electrically conductive it can take on an electric “potential”, for instance, that of the local “earth”. That is, the electric charge present at the fastening location of a fence's post could be conducted by the fence itself. Thus, guard fencing comes under the definition of “extraneous conductive part” set forth in EN (IEC) 60204-1 section 3.1.28.

Why could touching such an “extraneous conductive part” be dangerous? If a person would touch the guard fence and a part with a different potential at the same time, for instance, a conductive machine surface, a current may flow through his/her body. The result would be a “potential equalization”. Depending on the voltage, such potential equalization currents may well be hazardous. Everyone has experienced a similar phenomenon when walking across a carpet: one's body is thereby charged electrically. Next, one touches a metal part with a different electric charge, such as a door handle. The charge then passes from the body to the metal part, resulting in electric shock.

Such “potential equalization” caused by electrostatic charge normally does not result in more than a fright, because the current flowing is not dangerously high. In a factory building, however, things may end quite differently. For example, a strong magnetic field nearby may charge a guard fence. The field might originate with a large and strong electromagnetic clamping system, a big induction heater, or the medium voltage motor of an electric rail vehicle. Lightning striking near the building, too, may substantially increase the local earth potential.

Theoretically, the hazard from equalization currents is easy to cope with. The guard fencing can be connected electrically to all other metallic conductive parts of the machine that can be touched. Thus, all these parts would always have the same potential (the same voltage) and equalization currents could not occur. The simplest and most consistent way of achieving that is to connect the guard fencing to the protective conductor system of the machine it surrounds. Modern factory buildings include a potential equalization system and ensure potential equalization by a sufficient number and density of earth electrodes to which conductive parts can be connected. 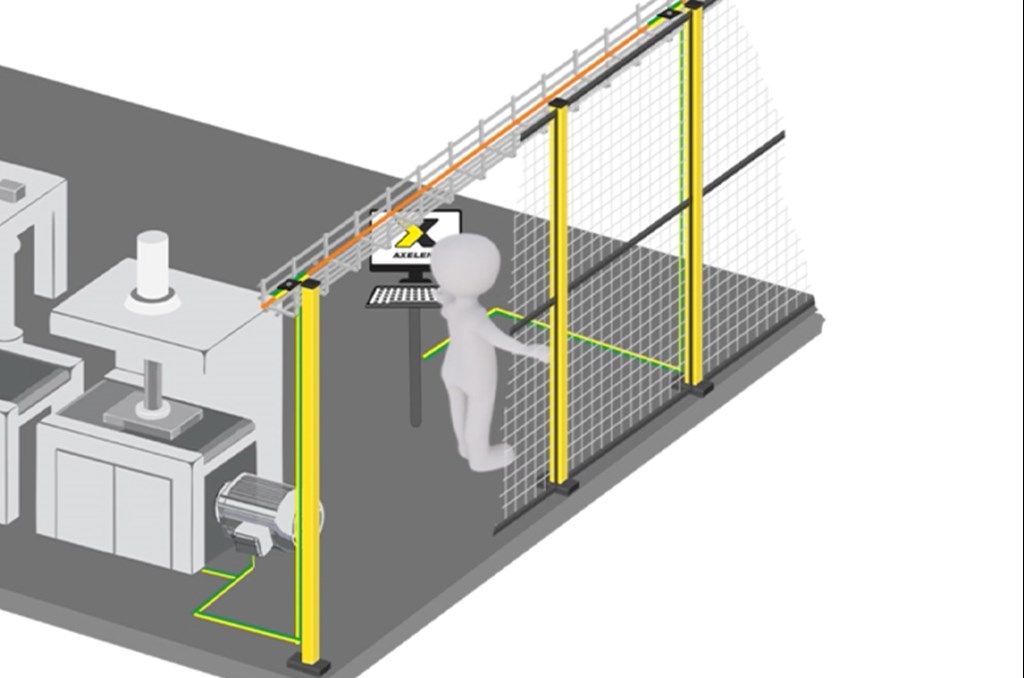 If guard fencing is included in the protective bonding system, electric shock from “potential equalization” is excluded.

An at least equally high risk is posed by sources of “foreign voltages” near a guard fence. Where might such voltage originate? The phase conductor of a defective cable might touch a guard fence, for instance. The cable could belong to an electric power-tool that is used during maintenance of the machinery. The voltage would then “stray” from the defective cable to the conductive fence. An electric shock would result if somebody now touched the fence.

Is such a case constructed or exaggerated? No, because elements of the guard fence itself could potentially damage a cable. Hinged and sliding doors may pinch cables and damage their insulation. And use of electric appliances during cleaning and maintenance is the rule rather than an exception.

The solution to the problem is the same as the one that prevents potential equalization currents: All conductive elements of the guard fence simply need to be connected to the protective bonding system of the machine it surrounds. If a defective phase conductor then touches the guard fence or if voltage strays to the fence some other way, a circuit-breaker will cut out immediately and switch the power supply off. 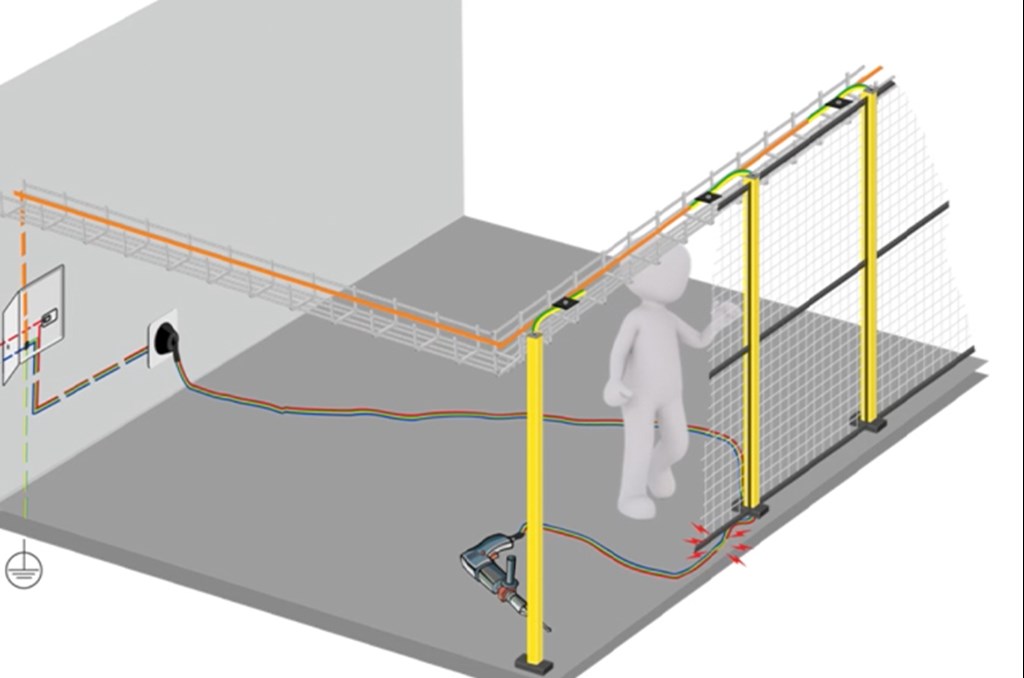 If a defective cable touches a guard fence, protective bonding can suddenly become a matter of life or death.

Theoretically, reducing these risks is very simple. However, when put to practise, potential equalization and protective bonding (the combination is referred to as “protective equipotential bonding”) mean quite some effort. Often all posts and fence panels must be drilled, then a contact sleeve must be fitted, and the elements be connected by means of earth wires to a protective bonding conductor laid along the entire fence (the bonding conductor is shown in orange colour in the illustration).

No wonder, many shy away from such effort and expense. The argument against it often is that the risk is low and the requirements in the standards are not 100 % clear. One cannot easily contradict the latter argument.

ISO 14120:2015 in section 5.13 says: “Where guards are made of electrically conductive material and used in electrically powered machines, they might need to be considered as ‘extraneous conductive parts of the machine’ according to IEC 60204 1:2005, Clause 8.” That is almost clear, were it not for the “might need” in the sentence.

IEC 60204-1:2018 in section 8.1 contains figure 4 and a table explaining the features of a protective equipotential bonding system. The table contains a subheading that reads: “Parts connected to the protective bonding circuit which are not to be used as protective conductor.” Under this heading it lists among others: “extraneous conductive parts, e. g. metallic pipes, fences, ladders, handrails”.

Thereby, the standard indicates that it may be necessary to connect guard fencing and railing to the protective bonding system of machinery. That would be the case if they could be considered “extraneous conductive parts”; because these must be included in protective bonding.

Section 17.2 d), which mainly deals with the documentation of the electrical installation of a machine, lists guard fences and railing among the “extraneous conductive parts” connected to the protective equipotential bonding system of the machine, which can be touched simultaneously “in the vicinity of the machine (for example, within 2.5 m)”. But here, too, the standard does not expressly require connecting guard fencing to the protective equipotential bonding system. Surprisingly however, the text for Fig. 4 in the standard clearly states that such parts “are not to be used as protective conductor”. This appears a little ambivalent.

How can a reasonable decision be made regarding connection of guard fences and railing to the protective equipotential bonding system of machinery? On the one hand everyone wants to ensure maximum safety, but on the other hand exaggerated or even unnecessary cost should be avoided.

As always, where standards do not contain clear-cut requirements, risk analysis and evaluation are needed. These questions should be considered:

The decision should be made by an electrician or electrical engineer based on the situation on site. Machinery systems can be quite different and the properties of factory buildings regarding potential equalization may vary substantially. Axelent considers it advantageous to include guard fencing and fall protection railing in the protective equipotential bonding of the respective system. However, the decision should be left to the manufacturer or the company operating the machinery system.

Whatever you decide in the individual case, Axelent has the suitable solution for the task
Our new potential equalization kit includes connecting elements that can be installed to the posts and fence panels. No time-consuming drilling of the metal components is needed!
The potential equalization kit also includes a connector allowing to fasten the earth wires supplied to a dedicated protective equipotential bonding conductor (the latter is not part of the kit because its design depends on the local installation conditions, e. g. the machinery system's size). It is best to install the protective equipotential bonding conductor along the fence in an X-Tray conduit. This is a simple and smart solution reducing the expense and effort when comparted to conventional installation methods. 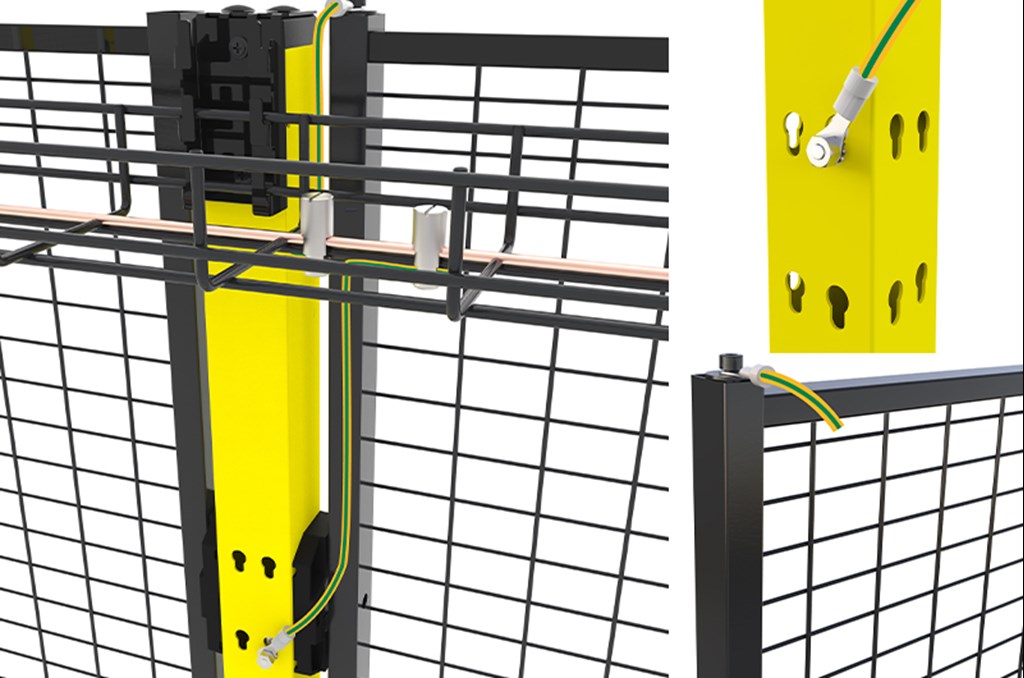 Don’t miss out to watch our installation movie of the equipotential bonding kit. 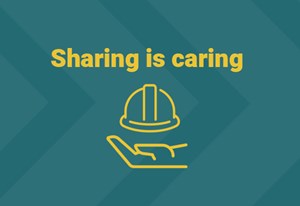 Ask a question to our safety experts

Do you have any questions regarding machine safety? Ask it here! 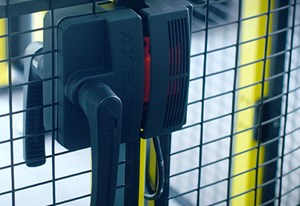 Choosing a lock with the right security class 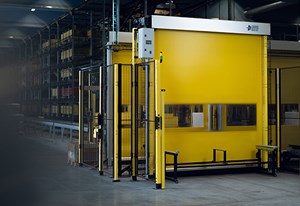 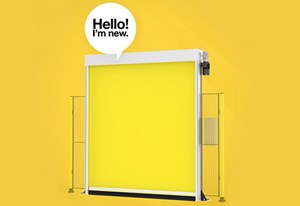 Increases safety and allows employees to work safely near the door. Read more… 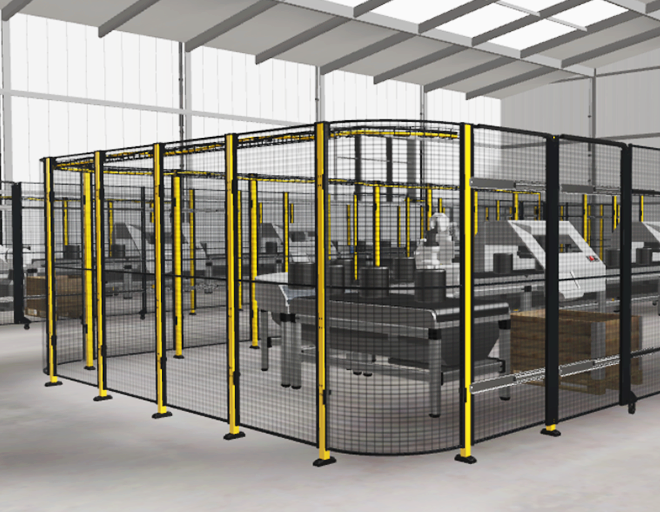 Visit our virtual showroom and experience our products in their right environment.

In our virtual showroom, you get to experience Axelent's range in its right environment, no matter where in the world you are. Explore our products by navigating between production, storage, warehousing, automated warehouse and dispatch. If something special catches your interest, just click on the product to find out more. Watch a movie, read an article and learn more! We think you will like it as much as we do!

Axelent Xperience will open in a new tab