Aiming for the top

Ladies European Tour (LET) is in full swing and one of the players representing Sweden is Lina Boqvist. Finishing in a shared second place at the Lalla Meryem Cup in Morocco at the end of April, Lina has shown that she is fighting for a spot at the top. 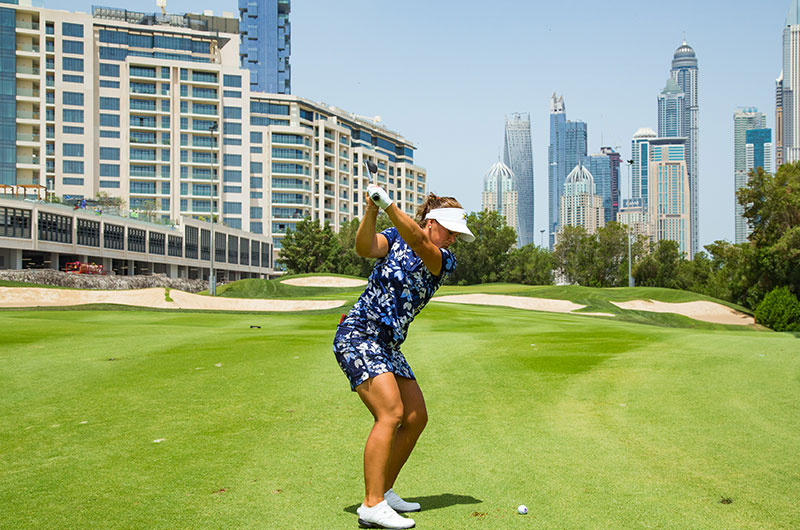 Lina Boqvist is now in her fifth season on the tour. The shared second place is Boqvist’s best position to date and Lina says the season has got off to a great start. “There have been lots of solid competitions and it really feels like I’ve pushed my lowest level up a couple of notches from previous years. I’m obviously delighted about my second place at the Lalla Meryem Cup. Over the years, my favourite competition has always been the one in Morocco and last year I finished eighth.”

Boqvist started the competition in Morocco at -7 under par in the first round and thus took the lead directly. She then held her lead throughout until the final day when she missed some shots and finished in joint second place. “Looking back on it, I’m immensely happy and proud of myself and my performance,” Boqvist says.

Her goal is to qualify for the British Open which will be played this year at Woburn Golf Club at the beginning of August and to finish the season in the top 10 in the Order of Merit*.

In order to qualify for the British Open, a golfer must be in the top 25 in the Order of Merit and, at the time of writing, Boqvist is in 6th place. Boqvist has three competitions left before the entry deadline so her chances are looking good.

Family: Lives with her partner in Gislaved, Sweden.

Career: Professional golfer since 2010, played on the Ladies European Tour since 2015.

Read more about Lina at: www.linaboqvist.se