From the outset, the development of X-Tray has focused on creating a premium brand within cable routing systems. We have created a premium brand with regard to ultimate design, functionality, materals and service. We appreciate customers with high demand because it enables us to continuously develop tailored solutions.

X-Tray excels in the toughest environments!

From the outset, the development of X-Tray has focused on creating a premium brand within cable routing systems. To guarantee consistent premium quality we continuously perform tests on our products. Read more about E90 fire test, IEC 61537 and equipotential bonding test in the boxes below.

Over and above IEC we have tested and certified our trays in the following areas: 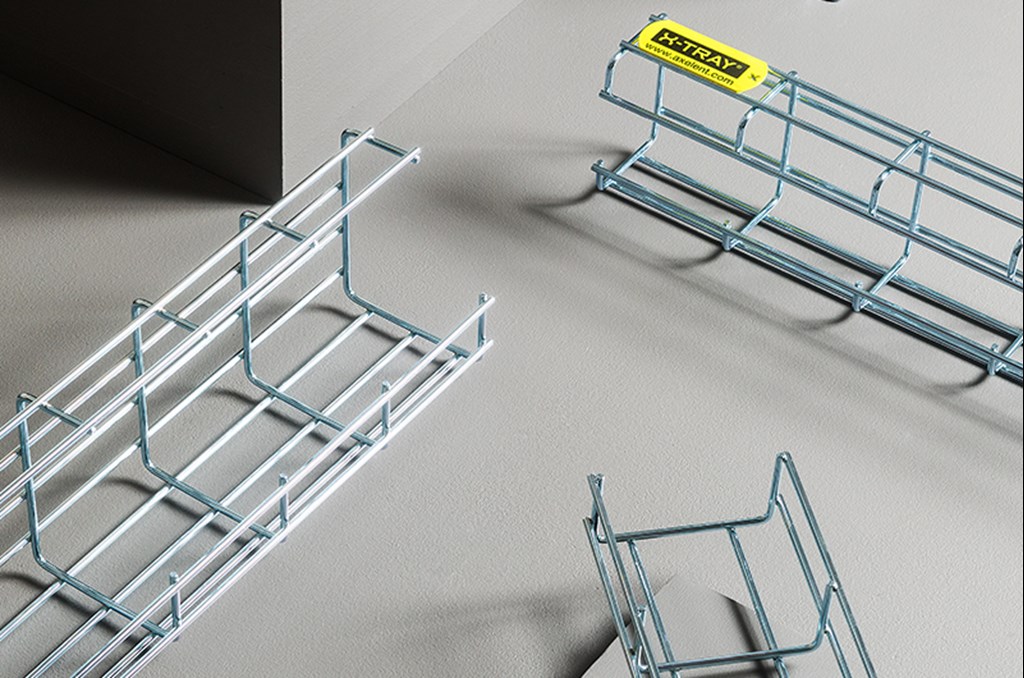 Consider the following when choosing a wire tray. 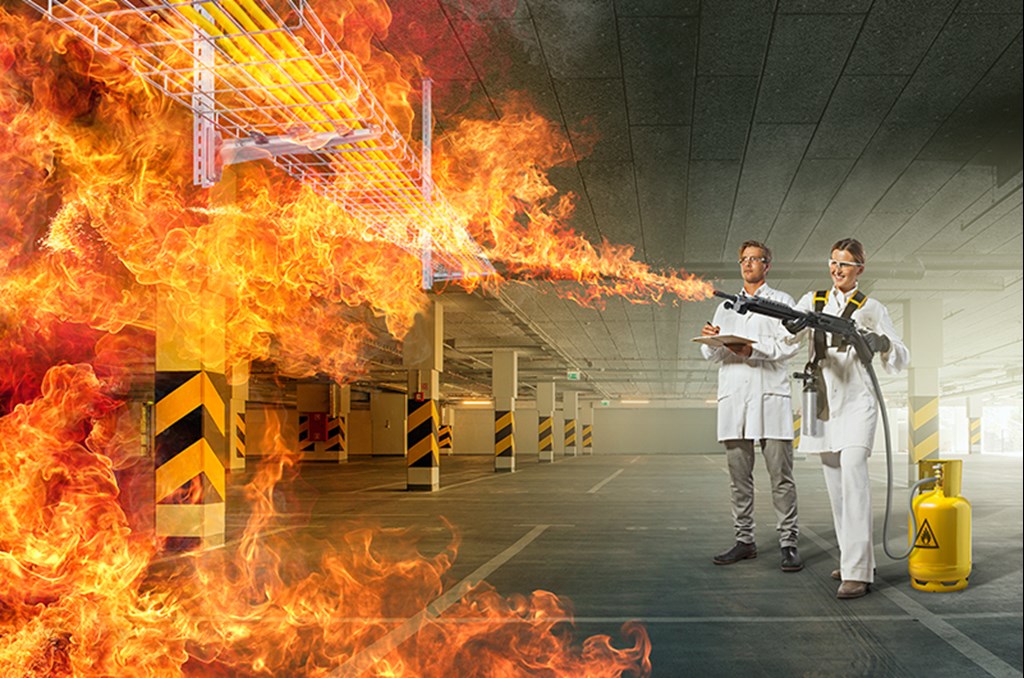 During a fire it is important that certain things maintain their functionality. This could involve the activation of alarm system, emergency lighting, sprinkler system and smoke detectors, or other things that could save lives during a fire. This could be a long list. It is always a good for wire trays to withstand a fire for as long as possible.

The German DIN 4102-12 standard is used for testing this, a standard that is designed to test complete systems of wire trays, accessories and cables. Wire trays and cables are put in an oven and heated for 90 minutes until the temperature has reached 1000 degrees Celsius.

To be approved the cables must still be in a usable condition.  Approval comes in three classes: E30, E60 and E90, this is for how many minutes the wire trays and cables are still functional.

X-Tray has been approved at the highest class, E90. We carried out the test at IBMB (Institut für Baustoffe, Massivbau and Brandshutz) i Brauswieg, Germany. IBMB is a prestigious, independent testing institute that issued the approval in accordance with the DIN 4102-12 standard. The trays, brackets and cables were approved together. We have tested several batches of wire trays in combination with several different cables.

“This International Standard specifies requirements and tests for cable tray systems intended for the support and accommodation of cables and other electrical equipment in electrical and / or communication systems installations”.

The strength of the wire trays and mountings makes their installation simple, strong and economical. Support distance can be increased, therewith reducing the amount of installation work and overall costs.

Our diagram shows the recommended load in accordance with IEC 61537. 1.7 times these values gives the maximum permitted load. 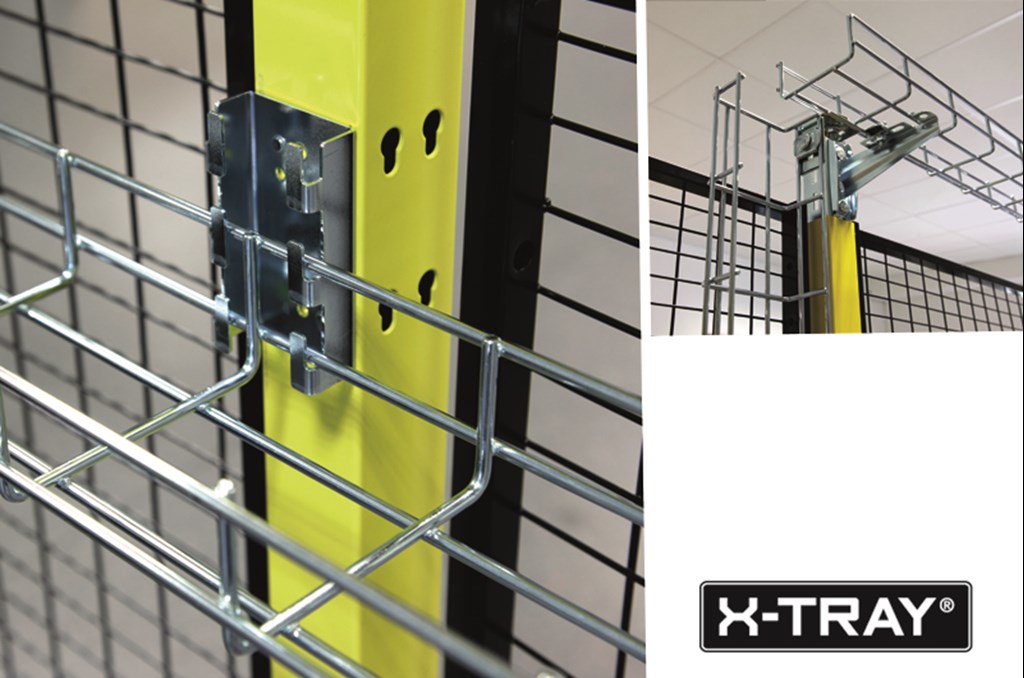 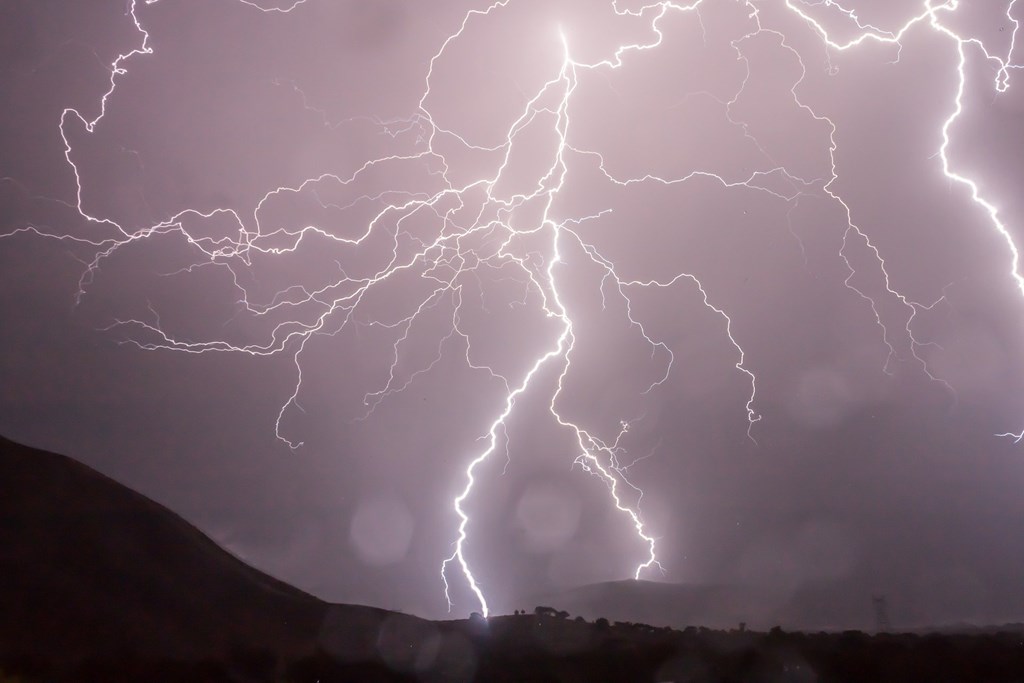 Tested for equipotential bonding in compliance with IEC61537

In some installations the wire tray needs to be equipotentially bonded. This is to secure protective bonding or functional bonding.

Protective bonding
The main reason for protection bonding is to protect against electrical shock that could be caused by faults in the electrical system. This is remedied by connecting the wire tray to the main earth terminal in the building.

Functional bonding
This is done to minimise the impact of electrical and magnetic fields (EMC). It is carried out in the same way as with protective bonding, i.e. by connecting the wire tray to the main earth terminal in the building.

Requirements and tests
The IEC 61537 standard lays down the requirements placed on a wire tray to ensure electrical continuity. Among other things, the impedance must not exceed 50 mOhm over joints or 5 mOhm X number of meters of wire tray.  X-Tray has been tested and complies fully with IEC 61537. The tests were conducted by the Research Institute of Sweden (SP) with test report numbers PX16030 and 5F015879.

NB. X-Tray wire trays must never be used as protective bonding conductors, earth conductors or any other type of protective conductor.

Axelent is one of the 1,300 members of the European Hygienic Engineering and Design Group. EHEDG was founded in 1989 and is a non-governmental organisation aimed at promoting hygienic design and food technology, ensuring safe products to the consumer.

With our membership, we want to show that we care about you and the products that are produced in the food industry and pharmaceutical industry. With safe and well-adjusted products to specific environments, it becomes easier for you as a customer to choose the right one and focus on what is produced.